Sept 2018 “Soul Of Salvation -S.O.S” art work for “Human overload” cd single and inner sleeve and stage back drops for the eco-pop band BESUREIS. On its side sharing “a bright artistic vision for the future, talking about what is really happening now. With topics ranging from orcas in captivity, being kicked off your land, trophy hunting, slaughter houses, bull fighting,  addictions and many more, BESUREIS is ready to open a conversation and go right to the core. Heading a world wide Say No campaign for endangered species, with Dr. Jane Goodall, UN messenger of peace, as their mentor, BESUREIS have put awareness at the forefront of their work, spreading ideas about how we all can play a part in creating a positive change for all.” 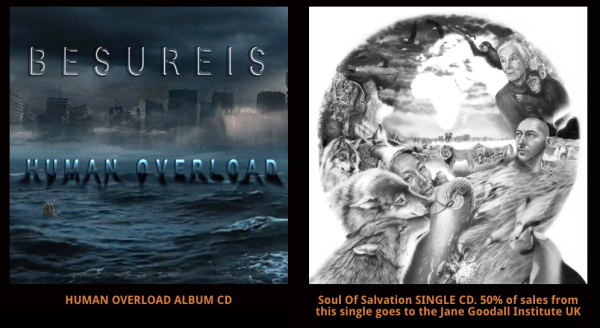 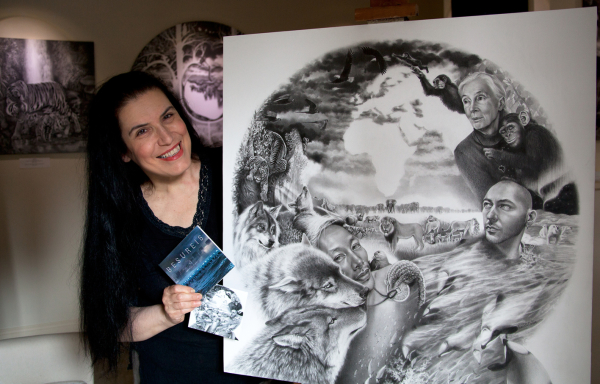 On  3rd March 2016 guest as artist to the event for 25 years of “Jane Goodall’s Roots&Shoots” “award 2016” in London. I had the honor and the great emotion to meet personally Dr Jane Goodall, for the first time.

On 2nd October 2015 I had the honor thanks to “One Fight. Unite. RAGES” to sign the poster of “SAY NO!”campaign.
“One Fight. Unite. RAGES“( The Rotarian Action Group for Endangered Species or RAGES) is a no-profit campaign, a global movement that is raising awareness by uniting communities, groups and individuals together in a single unified voice. The projects is supported from the London’s electro-pop band of BESUREIS which is involved in it how we can all be a part of a positive change. Not only the londinese band, many others special people joint to this project as those appearing in the pic under.
Thank you very much to  Besureis.
Thank you very much to RAGES 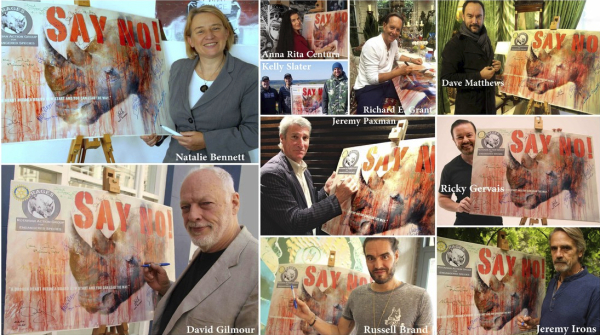 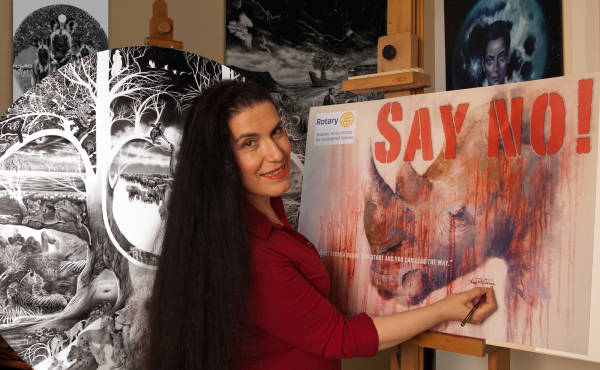 This website uses cookies to improve your experience while you navigate through the website. Out of these, the cookies that are categorized as necessary are stored on your browser as they are essential for the working of basic functionalities of the website. We also use third-party cookies that help us analyze and understand how you use this website. These cookies will be stored in your browser only with your consent. You also have the option to opt-out of these cookies. But opting out of some of these cookies may affect your browsing experience.Privacy Policy
Necessary Always Enabled

Any cookies that may not be particularly necessary for the website to function and is used specifically to collect user personal data via analytics, ads, other embedded contents are termed as non-necessary cookies. It is mandatory to procure user consent prior to running these cookies on your website.